Israel: Not Jewish, not Democratic 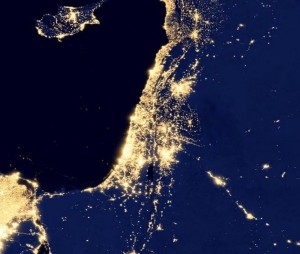 Let’s call a spade a spade, shall we?

Looking ahead at 2013 and beyond, there are two distinct trends which I see that are coalescing into one unmistakable reality: Israel is not going to be either a Jewish or Democratic state down the line.

We’re not going to be democratic because there is very, very little chance we’re going to have a two-state deal with the Palestinians.

The way things are shaping up, our next government will likely be the most right-wing we’ve ever had here and its common denominator will be the annexation of large areas of the West Bank and ratification of a report which says that Jewish settlements in Judea and Samaria are legal under international law. Whether you agree with this worldview or not, the fact is that most members of the next government are going to work to make this a reality.

END_OF_DOCUMENT_TOKEN_TO_BE_REPLACED 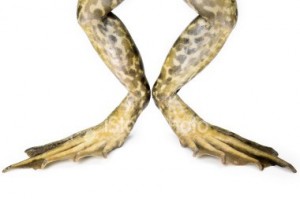 Recently, every time Israel has come under withering international approbation – usually for its settlement activity or rounds of retaliation against terrorists – the government reverts to the following line: “Loh naim, loh nora,” which translates loosely into: It’s not pleasant, but it’s not awful either.

When we lose a UN vote by 138 to 9, it’s not pleasant, but it’s not terrible either. We always lose UN votes. It could have been 147 to zero. But even then, it would be uncomfortable, but not catastrophic. When England, France, Sweden and Australia summon our ambassadors to read them the riot act, it’s not pleasant, but it’s also not so terrible. They could have recalled their ambassadors from Tel-Aviv, or even expelled our ambassadors. That would have been awful. But you know what? Awful is still OK; awful is not disastrous.

It’s not only international criticism though. Even internal reports that criticize the government’s handling of, say, road accidents, fires, school exam results, are all met with “loh naim, loh nora.”

“Listen, things are really bad, but they’re not catastrophic. OK, ok, things are catastrophic, but they’re not disastrous. Wow, this is a disaster, but you know what, we’ve had it worse, so it’s really not so bad. We overcame Pharaoh, we’ll overcome this too. It’s bad, but it’s not the end of the world. The sky falling is bad? Sure but it could be worse: it could be the end of the world.” END_OF_DOCUMENT_TOKEN_TO_BE_REPLACED 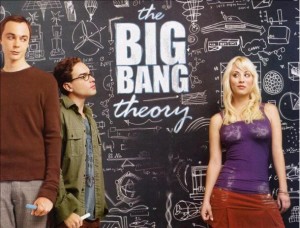 Person of Interest Aryeh Deri of Shas is Prison Break – making a comeback to the political party he led thirteen years ago after a long stint in prison for financial corruption. But first he has to push current leader Eli Yishai aside.

Yishai, a hardliner on asylum seekers, refugees, and anybody else who is not ultra-Orthodox Jewish, will say and do anything to keep his position, so he’s Lie To Me.

Together, Deri and Yishai are Supernatural; just like the party they’re in.

Olmert, convicted on charges of corruption, is the Sopranos.

Many in the legal and academic institutions in Israel see the return of Deri and Olmert as the season of Criminal Minds.

Current Kadima chief and Leader of the Opposition Shaul Mofaz is Walking Dead, because Kadima is not expected to survive the coming elections. END_OF_DOCUMENT_TOKEN_TO_BE_REPLACED

END_OF_DOCUMENT_TOKEN_TO_BE_REPLACED 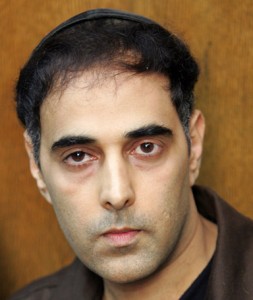 Remember a few weeks ago when I sent a friendship request to Hagai Amir, the brother of Rabin’s assassin Yigal Amir, on Facebook? Here’s what I wrote about it back then.

Well, a few days later he accepted and we’ve been pals ever since. OK, not really. We haven’t spoken. Was never inclined to.

But last night something happened. I posted a small photo album of pictures I took the night before. They were from the anti-war-with-Iran demonstration under Ehud Barak’s luxury apartment in central Tel Aviv.

Not long after I posted the album, Hagai Amir left a comment on it. A discussion ensued. END_OF_DOCUMENT_TOKEN_TO_BE_REPLACED 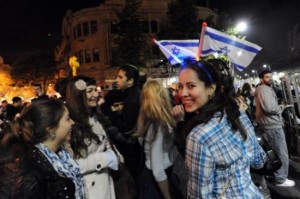 The ultra-Orthodox Israelis want to continue receiving state subsidies, while at the same time not sharing the burden of creating the means for those subsidies: serving in the army, doing national service, or entering the workforce. The haredim want to be left alone.

Prime Minister Benjamin Netanyahu wants the ultra-Orthodox to serve in the army or do national service, and at the same time, he doesn’t want to burn his political bridges to the ultra-Orthodox parties. Bibi wants the political support of Shas and UTJ after the next elections in 18 months time, while at the same time, wanting them to acquiesce now and draft their young flock into the army. Bibi wants to buy [their support now] and not pay for it later [when they refuse to support him].
But the religious parties are in a bind: if they don’t support Bibi now, and refuse to support him later, and because of them, somebody else becomes prime minister [say Shelly Yechimovich], will they support her? Will she support them? The truth is that the religious parties have no better alternative to Binyamin Netanyahu, and they know it.

Bibi set up a committee to deliver recommendations to replace the Tal Law because he wanted to show the public that he was taking its concerns to heart, and because he wants to increase the workforce. But as soon as he saw that the committee was coming up with serious conclusions that would endanger his coalition, he set up a secret committee, made up of his close aides and the heads of the religious parties, to make sure that no serious recommendations are made that could endanger his coalition. Bibi wants slow, small, and steady reform. He doesn’t want sudden, structural changes. King Bibi, as Time Magazine called him, is supremely happy being Israel’s Supreme Leader with 94 Knesset votes, a mammoth coalition. He wants to keep this going. He does not want to become Prince Bibi, Count Bibi, or even Duke Bibi. END_OF_DOCUMENT_TOKEN_TO_BE_REPLACED 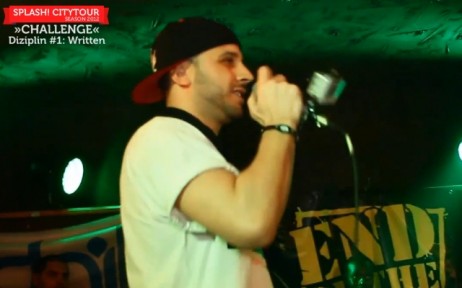 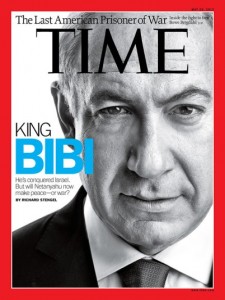 King Bibi, as TIME Magazine recently crowned him, the fiercest Zionist to ever lead Israel, will go down in history as the one who brought Zionism to its knees

TIME Magazine published a lengthy item on Prime Minister Benjamin Netanyahu last month, with a close-up photo of him on the cover so huge it left just enough room for the headline: “King Bibi.” It was a Hasbara official’s wet dream. No hard-hitting questions; but rather soft, caressing queries.

As the cover said, the feature claimed to ask, yet not answer, the question of “Will Bibi make peace?” Well, for left wingers in Israel that was a pretty easy lob. In fact, with a bit more effort, TIME could have answered its own question.

But, it still would not have come to the conclusion that may be a tad unbelievable for most people when it comes to “King Bibi.” And that is that Netanyahu, head of the most right wing, most Zionist government this country has ever seen, will go down in history as the one who brought about its demise.

Since he gained power in 2009, Netanyahu has become stronger and stronger – yet does less and less to solve the Israeli-Palestinian conflict. From the Bar-Ilan speech (where he committed to a two-state solution), through the blocking of the Palestinian unilateral declaration of independence at the UN last September (where he essentially killed the two-state solution) to the latest fiasco concerning the Ulpana neighbourhood and the promise to build 850 more units in the West Bank (and it’s this decision that truly shows his colors and vision for the future).

Even with a huge coalition of 94 Knesset members, Netanyahu has shown no intention of making any progress on the diplomatic front. Instead, he wastes his time managing the huge government, which has in a way become a Knesset within the Knesset. This is where he deals with the real forces of opposition. The “opposition” of 26 seats outside Bibi’s entity, led by Labor chief Shelly Yachimovich, is of no importance. In fact, with all the battles inside his coalition, he might be wondering if joining hands with Kadima was worth it. END_OF_DOCUMENT_TOKEN_TO_BE_REPLACED

A moment before the interview started, Muhamed Mesic was having an oversea conversation with a work colleague in Spanish. “We have some legal issues with the government of Guatemala; they run their affairs there like in Iraq or Syria”, he switches to a perfectly formulated Hebrew and then apologizes: “Sorry for my bad language. I haven’t spoken Hebrew since 2009”. The truth? One cannot notice. Apparently this is how it feels like when you speak more than 60 languages, not including a holding few academic degrees in Law, Judaism, International Relations and Japanology. And all these before even turning 28. 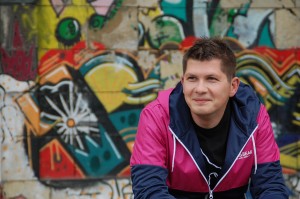 END_OF_DOCUMENT_TOKEN_TO_BE_REPLACED

The Rhythm of Israel