I can’t believe I’m actually writing this blog post. It’s been far too long ago, and I’m sorry. I guess, life has been filled with too many projects the last year and now I’m finally ready to talk about them.

1) I dug out that courage within me and finally booked a ticket to Ukraine, to do that trip I always dreamt of. For two weeks I travelled around in Western Ukraine, in my grandfathers footsteps, alone. Discovered the place where he was born, the city where he grew up and sadly also the city where his family died during the Second World War. I will write a blogpost about this trip and about my family research (a pretty amazing story) very soon!

3) Went to Belarus with a Swedish Television crew from “Uppdrag Granskning” (Mission: Investigation), filming the TV documentary ‘The Black Boxes’ about the telecom company TeliaSonera and their cooperation with secret services in dictatorships, which started a huge debate in Sweden and internationally about corporate responsibilities.

4) Went to Poland with my cousin, producing our first Radio Documentary together, about the political happenings and antisemitic campaign in Poland 1968, also a little trip back to our mothers roots…

It’s a new year now, and I hope that this year will be filled with at least as many interesting happenings as last year… I already have one thing to look forward to. Guess what! In a week from now I’m going to Berlin, for the first time in my life. I’m so happy to be one of 50 participants from all over the world, at the ‘Shifting Thought Shifting Action‘, starting next sunday in Berlin, where change-makers of Jewish life in Europe are gathering to re:envision the future of Jewish communities in Europe. I’ll be listening to and meeting loads of interesting people, but also have a session/workshop myself, where I’ll be talking about campaigning; how to reach out and succeed with your goals (actually, how to CHANGE; change the society, change the world, you name it). I’m so much looking forward to this. I’m sure that these few days will be really inspiring when it comes to my work within the Jewish Community of Stockholm, but also life in general.

I always wanted to go to Berlin! Now I’m finally doing it. See you soon!

The country that never learns from history? 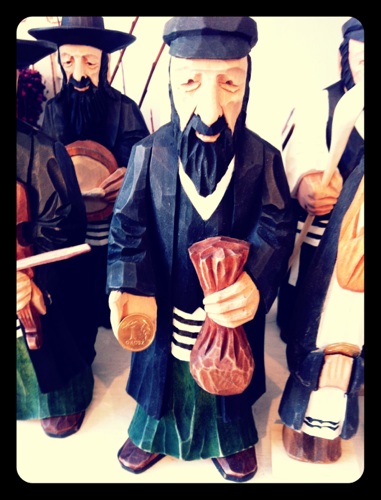 I visited Poland recently, the country my parents had to leave in 1968, because they were Jewish. Working on a radio documentary on our parents Polish-Jewish history, in search of our roots, me and my cousin went to Warsaw and Wroclaw, interviewing both scientists/historians and others about the antisemitic campaign during 1968, launched by the Communist Party. I discovered these dolls, depicting Jews, holding gold coins in their hands. It seems like the echo of antisemitism is still alive Poland… With a sad, creepy feeling in my body, I thought, what would these men selling “greedy Jews” on the streets of Poland think if they went to Israel and found that one of the most common souvenirs was “Polish greedy men” with golden coins in their hands? Aren’t people thinking at all? It’s 2012. Over 60 years since the Holocaust and over 30 years since around 20-30 000 Jews were forced to leave their homeland in Europe. In my heart, I feel Jewish… And also want to feel Polish. But some part of me is still waiting for that country to erase that last echo of antisemitism, for me to feel that Polish as I wish. When will Poland make me proud and throw away these horrible dolls? Hope we don’t have to wait 30 more years.

Everyone of us is a fiddler on the roof!

Everyone of us is a fiddler on the roof, trying to scratch out a pleasant simple tune without breaking his neck. It isn’t easy. You may ask – why do we stay up there if its so dangerous? We stay because Anatevka is our home. And how do we keep our balance? That I can tell you… In one word… Tradition! END_OF_DOCUMENT_TOKEN_TO_BE_REPLACED 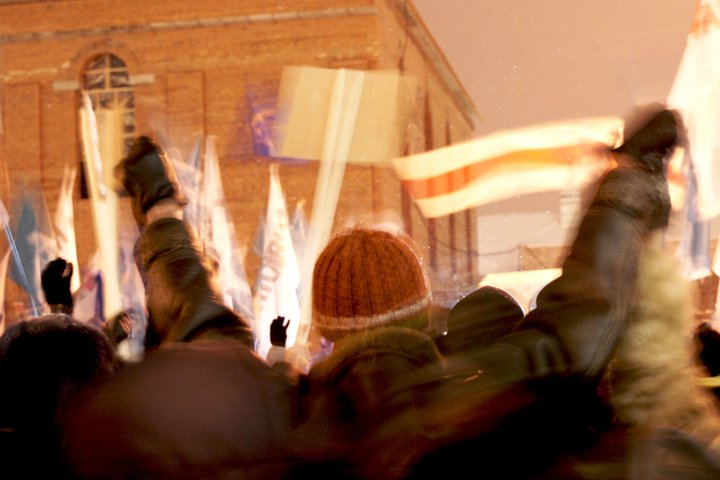 Maybe the most important Jewish tradition, according to me, is to make a mitzvah (or mitzvot). So what does it mean? Well, making a mitzvah can refer to following the commandments of God, but not only. Making a mitzvah has also come to express an act of human kindness. It’s about being thankful for what you have in your life, realizing you’re not alone in this world and that there are other people in the world who could be in need of your support.

So what’s the biggest Mitzvah I’ve ever done? ’Cause sometimes you just need to scrutinize your self, and it’s a good time now that new years eve is approaching… Let’s see if I can inspire you… A Mitzvah can be anything from helping an old lady over the street (every little act of human kindness is important, people!) or supporting a friend in need. I guess we’ve all done something like that before.

END_OF_DOCUMENT_TOKEN_TO_BE_REPLACED 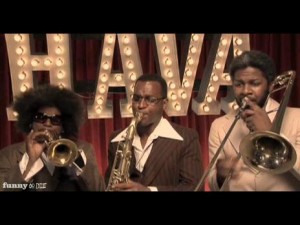 Have you ever heard the song Hava Nagilah? Probably. It’s one of the worlds most covered songs in history. But do you know what Hava Nagilah means? Or where it comes from? Check out this lovely video and you might find out… 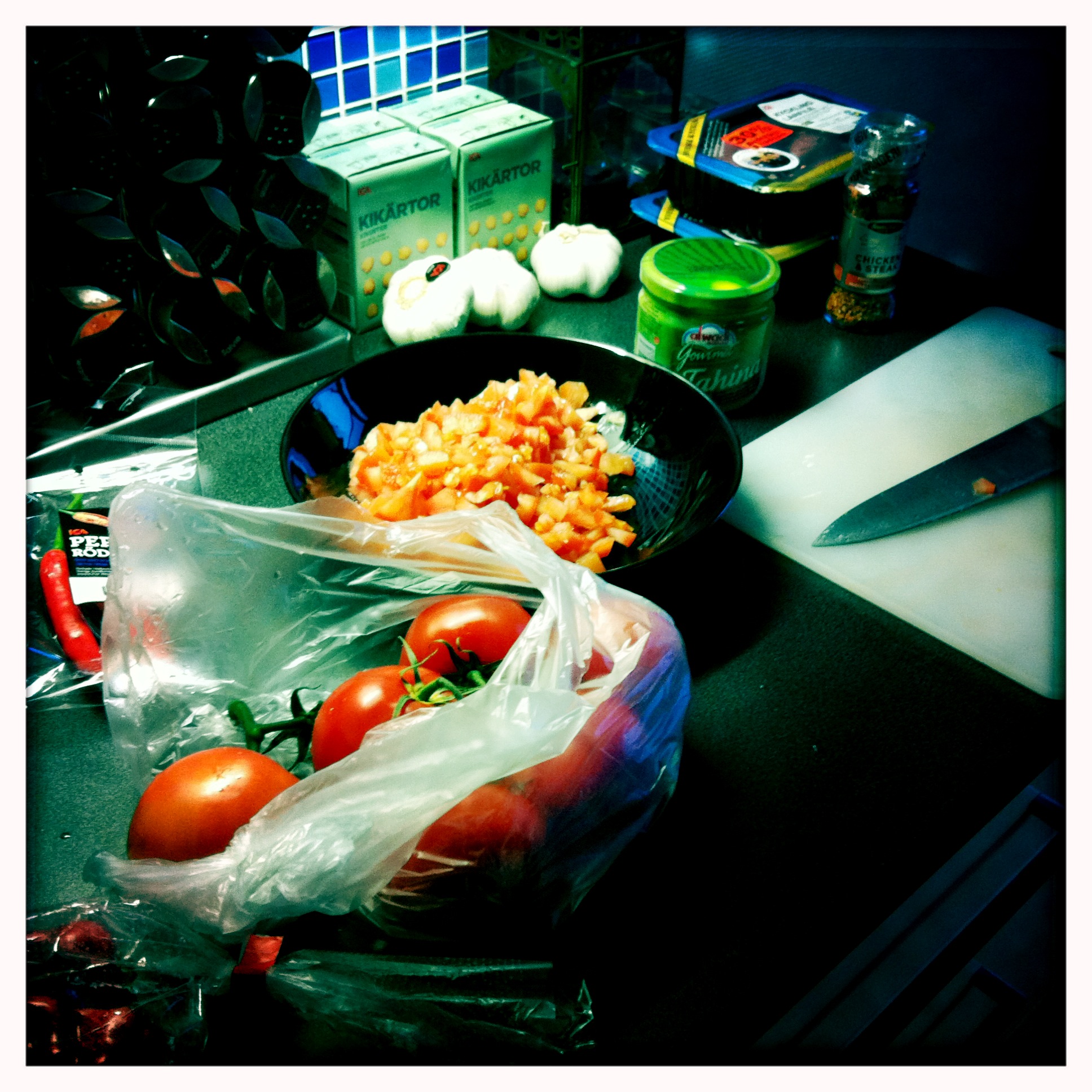 Me cooking the Shabbes dinner

Tonight and tomorrow is the Jewish holiday Shabbat… You know, the day God rested when he created the world. I will start Shabbes with visiting the Great Synagogue in Stockholm. Once every month we have what we call “Cosy, Meditative Kabbalat Shabbat”, an initiative started by our rabbi David Lazar. Among me and my friends he’s also known as “Rabbi Cool”. ;) He’s the rabbi that has made a journey from once being orthodox to being a rabbi for the conservative Jewish Masorti Movement, famous for being the innovative rabbi, who calls him self a feminist and fights for LGBT rights (which perfectly suits my values). So simply, I want to say that this is a special day in many ways, and I’m also very happy to have the opportunity to join a Shabbat service with such an inspiring rabbi (I tell you, if you ever visit Stockholm, you better not miss the “Cosy, Meditative Kabbalat Shabbat” held the first friday every month). We’ll have live music and Lazar plays the congas. Aahhh…

After the service I’ve invited some friends over for a Shabbat dinner at my place. So I’m preparing the food right now. We will have an Israeli / Middle Eastern touch on the food. So I’m making Shakshuka, some home made humus, tahina, roasted shredded chicken… Ok so I guess I’ll have to publish the recipes here someday, for you to try it yourself. I promise I will.

Now, Shabbes is getting closer and I need to get ready. 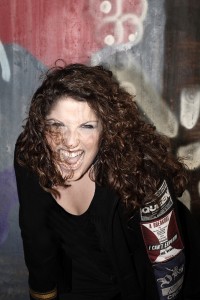 So the time has come, for another adventure… I’m stepping into the world of Jewdyssee!

I feel honored to be blogging here and hope you readers will get an interesting and fun (mostly) picture of life as a Jew in Stockholm. I am involved in almost everything, so I promise to offer posts on everything from everyday life in Stockholm, to political issues (I’m usually a “thorn in the flesh” of dictators and oppressors), posts about the struggle to succeed in the music business, and of course the Jewish life in Sweden + other “jewsy”, Jewish things.

Just wanted to start with presenting myself. So who am I when I’m not blogging? I’m a rock singer/songwriter, human rights activist, law student, pretty active in the Jewish life of Stockholm. And there is more to find out, but we’ll save it for another blog post.

Will write more very soon, so stay tuned! So long,Izzy