The Barry Sisters. The jazz legend about bagels.

Once upon a time there was a Jew called Bagelman. With the surname coming from the nature of his, he lived in Podol neighbourhood in Kiev. Our Jew  indeed ran the same business as his ancestors had been running for centuries.  He was a “bublichnik” which means in case you would have liked to taste the best bagel in the city, you had not choice but to visit Bagelman’s bakery.

At the same place and also once upon a time, there was another Jew –  Jacob Petrovich Davidov. He also lived somewhere in Podol neighbourhood and was the master of all the journalistic genres: from political and satirical reviews  to jokes and songs . In 1926 he wrote the  song “bublichki”, which at once rolled up to America. There it was translated into Yiddish and suddenly acquired entirely  different sense and sentimental character.

Meanwhile, searching for the best life one of Bagelman’ s sons  ran away from politically concerned Kiev . He found his “corner” and  a wife  in the Jewish quarter of Manhattan where the  prevailing population were native Russians.  After a while our Bagelman became a grandfather of two sweet girls – Clara and Minnie Bagelman.

In the family spoke only in Yiddish. Other languages were simply not required in East-side neighbourhood. Once, on the Jewish radio,  little Klara heard an easy-to-remember song, called “Bejgelah” (or “bublichki”). It was executed by children. Klara’s mother heard it too and thought in a manner of all the good Jewish mothers do: “Is it that my girls are less talented?” She grabbed Klara and dragged her off to the Jewish radio.

The debut of little Klara Bejgelman with “Papirossen” was just a first step of the world-famous Jazz duet beginning. There was a long story in between, but their mother always was the tireless engine, who was inspiring, encouraging and supporting us, –  recalls 88-years old Claire.

Later on, the sisters changed their names into more “American” ones. Clara became Clare, Minnie changed into Merna. The famous “Barry” was created by Minnie.

END_OF_DOCUMENT_TOKEN_TO_BE_REPLACED 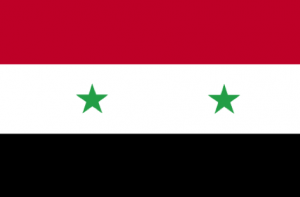 A senior Foreign Ministry official said Lieberman and his aides may approve the idea, as part of a wider effort to express public Israeli support for the rebels and denounce the slaughter of Syrian people by President Bashar Assad’s regime.

A Foreign Ministry source confirmed that after Lieberman issued a press release on Friday offering humanitarian aid to the Syrian people, Duchin called the ministry and volunteered to recruit leading Israeli performers for a charity rock concert.

Lieberman’s office did not reject the idea out of hand and forwarded the proposal to members of the ministry’s professional staff, with an eye to approving it.

Duchin confirmed that he contacted Lieberman’s office about the issue but declined to elaborate. In response to a question from Haaretz the Russian-born performer said he had not pinned down a date for the concert, which is still in the earliest planning stages. “I made the offer from a human and humanitarian place,” Duchin said.

For the past two months Lieberman has been highly visible in calling for support of the Syrian rebels and in castigating Assad, in contrast to the weak comments by Prime Minister Benjamin Netanyahu. The foreign minister has urged Assad to step down and offered to assist Syrian refugees who reach the area along the border with Israel.

Last week Lieberman instructed staffers to offer the International Committee of the Red Cross humanitarian aid to Syrian civilians. After consulting with Syrian rebel leaders, ICRC officials notified the Foreign Ministry that the offer was declined. The rebels said they did not want any connection to Israel; accepting aid from Israel would only confirm Assad’s claims that Israel and the West were behind the revolt against his regime, they explained.