‘Hitler’ store in India, opened 10 days ago, has sparked outrage among local residents. Proprietor Rajesh Shah claims innocence saying “it was only recently that we read about Hitler on the internet”. He complains he had to spend Rs 40,000 on the banner, and says he won’t change the name unless he is compensated! 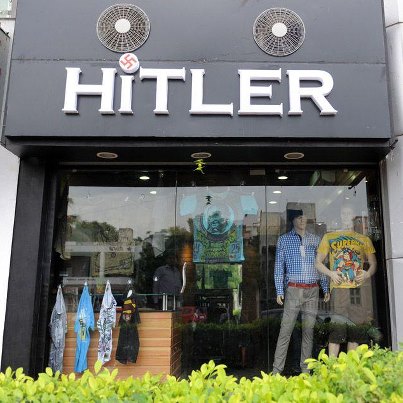