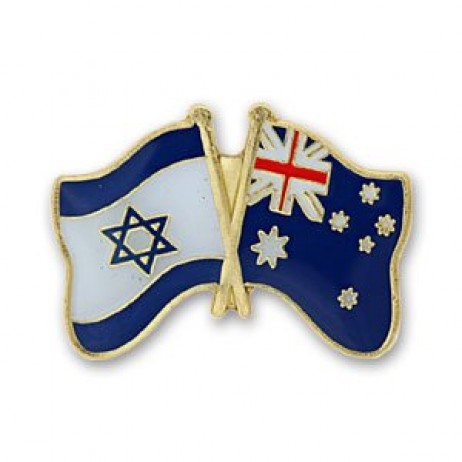 Surprise surprise.  The New York Times reports that the Hezbollah men who traveled to Burgas, Bulgaria to kill Israelis, did so by using Australian and Canadian passports, and they also carried fake Michigan IDs which were fabricated in Lebanon.

Now I know Australia is furious with Israel over the latter’s use of its passports. And apparently Israel promised Canberra that it wouldn’t do so again. Australia even expelled two Israeli diplomats after the Mabhouh affair, in which Mossad apparently used Australian passports.  Will Australia now read the riot act to Hezbollah? Will Canada call in the Lebanese ambassador, who represents a government of which Hezbollah is a senior member?

I may be extremely naïve, but I can’t see why this would be necessary in this day and age. I understand the necessity of sovereignty and not putting Australian citizens traveling abroad in precarious situations, but as I see the global terror map, Israel and Australia are on the same side, with Hezbollah and its ilk on the other. So if everyone is using everyone else’s passports, why would the Australians give Israel so much stick over the use of its passports? The same goes for Canada. I understand that Australia and Canada don’t want their traveling citizens to be suspected of working for Mossad, and I feel their apprehension. I also see the inherent problem here for Australian Jews of being accused of dual loyalty. But what if this wasn’t even an issue? What if Australia and Israel’s security concerns and priorities dovetailed when it came to the war on terrorists? What if every Australian, Jewish and non-Jewish, understood that he or she stands shoulder to shoulder with Israel in this fight?

Surely Canberra and Jerusalem could come up with a modus vivendi that works for both countries, who are in the same boat against global Islamic terrorism.

What possible gain could Australia get by exposing Mossad operations against Iran and terror groups? Wouldn’t Australia benefit from the intelligence that Mossad gathers and the operations that it carries out? Doesn’t Australia have its own war to fight against Islamic terrorists?

What possible benefit could Canberra get by leaking this Zygier story to the media? Why is someone in Australian intelligence purposefully turning up the heat on the Mossad?

If Western travelers in the Middle East are in any case under suspicion, why not put all of them under surveillance, thus taxing Arab counterintelligence agencies to the maximum, spreading them so thin that they wouldn’t be able to cope?

But seriously, why not coordinate the use of passports? Why not extend the level of intelligence cooperation, which is already at a very high level, to this area too? Sharing intelligence is one thing, but intelligence agencies are loathe to share agents and methods. Fine, but you can’t win the war against Islamic terrorists this way. Soon the issue of passports will be a thing of the past, with biometric measures rapidly making their way into the system. There, in the bio-digital realm, intelligence agencies might actually be forced to create and share a list of “travelers” –a “simple” fake identity just won’t cut it anymore.

If the reports from the Australian Broadcast Corporation are true and Zygier passed on details of Mossad operations in Europe, I have to ask, why on earth are the Australians even digging for this information?  We’re on the same side no? If there’s something Australian intelligence want to know, because they feel they need to know, why don’t they just ask?

And while we’re on the subject, I’m sure that Israel would have no problem letting Australian agents use Israeli passports on their overseas missions. Just ask, for you, no problem.